Stuff I Have Seen

Its been a while since I last posted in our “Cool Christian Beards” series, but its time for the cool Christian beard to make a comeback! Today we have one of the most famous beard protestant theologians. Although he isn’t as famous as the bearded Calvin or the non-bearded Luther and Edwards, this bearded theologian is one of the most important theologians for evangelicals. Most evangelicals don’t know him, but the truth is that almost all evangelicals have adopted his doctrine of scripture. Today I present to you B.B. Warfield! 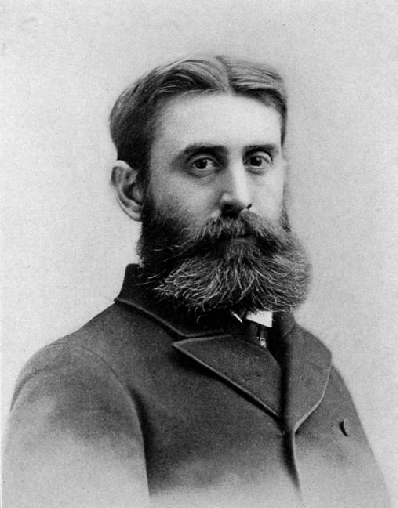 B.B. Warfield was born on November 5, 1851 in Lexington, Kentucky to the Union officer and editor of the Farmer’s Home Journal William Warfield and Mary Breckinridge Warfield, the daughter of a Princeton graduate and the founding president of a Presbyterian seminary in Kentucky. Having growing up in a pious and intelligent family it was not unusual for Benjamin to develop an interest in mathematics and science, as well as a knack for theological studies. At the age of six he would have already completed the shorter catechism, and would have begun to study the larger catechism and memorize large amounts of Scripture.

After graduating from College in 1871 with several awards and recognitions he went to study in Edinburgh and Heidelberg. Eventually he came back the United States, entered Princeton Seminary and began ministering in the Presbyterian Church. Eventually he decided to go back to Europe for further studies, this time in Leipzig, Germany. After his studies he returned to the U.S. to work at a Presbyterian church in Baltimore, but he was shortly contacted by Western Seminary to teach New Testament. He took the job and published many articles. Thus he began to be recognized as an apt scholar.  In 1887 Warfield was called to teach at Princeton Seminary as professor of didactic and polemic theology. He taught at Princeton for thirty-four years and died in 1921.

Benjamin Breckinridge Warfield is one of the most influential theologians in the history of American Christianity (although he is now dead…) Most lay people have no clue as to who he is or what he did, his theology has influenced the lives of countless American Christians; specifically his articulation of the doctrine of the inerrancy of Scripture.