Paradigm shifts in Christian Witness consists of essays written about Charles Kraft’s contributions to missiology. Eighteen different authors contributed to this volume. These authors focused on three areas in which Charles Kraft made a significant contribution to missiology: cultural anthropology, communication theory, and spiritual power. Each of these areas of missiology is studied in an in depth manner by the different contributors. Three questions are asked about each of these areas: how did Kraft make this area an important part of missiology, how is Kraft’s contribution affecting missiology now, and how is missiology in the future going to be affected by this contribution? By asking these questions the reader discovers the gravity of Kraft’s influence which can only be described as a paradigm shift.

This book does a great job of bringing together a diverse group of scholars in order to present a well rounded account of Kraft’s contributions. With authors coming from different countries, schools, and denominations we are able to see that Kraft’s work has affected not only a small circle of scholars but the practice of missiology worldwide. The variety of perspectives that are represented serve to show that Kraft’s work has truly contributed to a “paradigm shift.”

This book might be improved by bridging the gaps between the three areas of study. The studies of cultural anthropology, communication theory, and spiritual power seemed a bit disconnected. How do these different areas of study affect each other? How are they related? These are the questions that might be asked by a reader. It would have been enlightening if some of the contributors tackled these kinds of questions.

Within the context of Biblical Theology of mission, this book fulfills the function of introducing the student to the different aspects of missiology. Since missiology is a multidisciplinary discipline which consists of disciplines like: leadership, sociology, statistics, urbanization, and psychology, it was helpful to see three disciplines tackled in light of the missiological task. One section of the book which was particularly enlightening for me was the section on spiritual power. In my own experience, this is an area which has often been overlooked. Through this book we see that Kraft has brought this area of study to a position of importance in missiology.

Overall this book was an enjoyable and informative read. The essays which describe the future effects of Kraft’s work in missiology were encouraging. These essays focused on how missiology affects the work of missionaries. As a student that plans to go out into the mission field it was these types of essays which spoke the loudest to me. They presented me with issues to think about as I fulfill God’s mission as well as information which will assist me in fulfilling God’s mission in a more effective manner. I hope that Kraft’s influence will extend far beyond the work of the contributors, that it will extend to those who are reading this work done in honor of Kraft. By reading this book, and taking what I have learned from it I can honestly say that Kraft’s influence will be felt wherever God’s mission takes me. 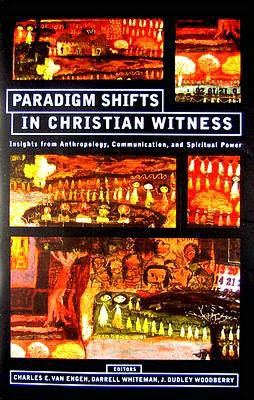