What is “practical” theology? Often, practical theology is thought to consist of the explicit practices of the church, such as church discipline, preaching, leadership, types of worship, etc. Is this the sort of practical theology Calvin is engaged with in his Eucharistic theology? Although a good portion of Calvin’s practical theology of the Eucharist surely is focused on explicit practices, such as those mentioned above, Calvin also concerns himself with at least three implicit practical consequences that emerge from Eucharistic theology. These three concerns revolve around: 1) faithfulness to scripture, 2) Christology, and 3) ecclesiology. Here we shall see how these three themes emerge in Calvin’s work and result in a theology of the Eucharist that is eminently practical. But first we shall begin by outlining some of the explicitly “practical” comments Calvin makes regarding this sacrament. 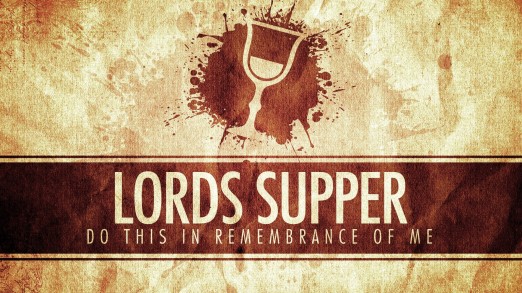 The final twelve sections of 4.17 are Calvin’s theological reflections on how to practice the Eucharist. Here he emphasizes the necessity for communicating the communal implications of this sacrament. He points to Augustine’s work as a precedent for using this practice as a goad to arouse mutual love in a local church. (1415) Calvin also teaches that the sacrament must be offered together with the preaching of the word. To do otherwise is to promote superstition. He also addresses the topic of who ought to be able to take communion. He then devotes several pages on the proper celebration of the Eucharist, explaining how often it should ideally be taken (often) and in what manner (in both kinds). A cursory reading of this section reveals how concerned Calvin is with the actual practice of this sacrament. This sort of reading would prove instructive to those wanting to emulate Calvin’s practice; however, to simply read these twelve sections and ignore the thirty-seven sections that precede them would mean ignoring other important reasons why Calvin is so concerned with practicing the Eucharist properly, namely, his scriptural, Christological, and ecclesiological concerns.

Calvin’s thought regarding the importance of reading Scripture faithfully emerges in the section where he deals with the basis of the doctrine of transubstantiation. Thus the battle over how to practice the Eucharist appropriately appears to be a battle over how best to read scripture. He cites his Roman Catholic opponent’s use of the Exodus story in which Moses’s rod is changed into a serpent as an example of reading scripture improperly. He also cites their reading of Jeremiah as evidence that they misread scripture. According to those who argue for transubstantiation, the fact that the prophet complains that wood is put in his bread signifies that Christ’s body was allegorically affixed to the wood of the cross. (1378) Calvin  disdains  this “disgraceful” sort of allegorical reading because it occludes the prophet’s true meaning. (1378) In fact, Calvin calls those who read these passages this way “enemies” of the prophet’s true meaning. Hermeneutical concerns are not reserved to his Catholic opponents alone, he also takes aim at Lutheran readings of Scripture. In a section dealing with the use of the word “is” in the words of institution he shows his hand again, revealing how he feels about those who accuse the reformed of reading scripture improperly. Here Calvin says,

Now I think I have made my point, that to sane and upright men, the slanders of our enemies are loathsome when they broadcast that we discredit Christ’s words, which we embrace no less obediently than they, and treat with greater reverence… our examination of the matter ought to be a witness of how much Christ’s authority means to us. (1387-8)

Later on he says that his opponents imbue the “simpleminded with the notion that we discredit Christ’s words, when we have actually proved that they madly pervert and confound them but that we faithfully and rightly expound them.” This passage reveals something important about Calvin’s Eucharistic theology, namely, that a faithful reading of scripture is at the forefront of his mind when doing Eucharistic theology. Knowing Calvin, this should come as no surprise. However, this observation has far-reaching practical implications beyond the Eucharist. In Calvin’s mind the authority of Christ comes to us through scripture, and to read scripture in a way other than it was intended to be read discredits Christ’s authority. To read allegorically or to add to scripture diminishes the authority of Christ, which is something Calvin is loathe to do.

Another one of Calvin’s concerns is also related to Christological features, not necessarily Christ’s authority, but the metaphysics of Christ’s presence. Concern with the metaphysics of the Eucharist would seem to be a theoretical concern rather than a 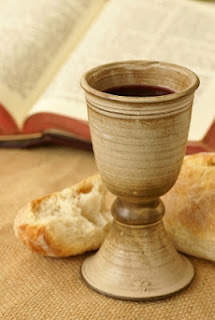 practical one, but it is eminently practical, for the very gospel hinges upon it. The metaphysical issue Calvin is concerned with is the Lutheran doctrine of the ubiquity of Christ. The Lutherans, according to Calvin, want to enclose Christ under the bread, and “to meet this necessity they have introduced the monstrous notion of ubiquity.” (1401) Calvin counters this “monstrous notion of ubiquity” by showing from Scripture that Christ’s body is circumscribed by the measure of a human body, thus he is not in all places. (1401) We may read this as another battle over Scriptural authority, however it is much more than this.[1] According to Calvin, the doctrine of ubiquity (which is grounded in Eucharistic theology) is “plainly in conflict with a nature truly human.” This has profound soteriological implications. If Christ does not have the same sort of human nature that we have how can we say that Christ took on our “true flesh,” suffered in our “true flesh” and also took up that same “true flesh” in his resurrection and brought it up to heaven? (1399) To say that Christ has a different sort of flesh than our own undermines the vicarious work of Christ for us; it also undermines our eschatological hope. As Calvin says, “how weak and fragile that hope would be, if this very flesh of ours has not truly been raised in Christ, and had not entered into the kingdom of God.” (1400)

The final theoretical agenda (if we can call it that) in Calvin’s Eucharistic theology is ecclesiological. In a famous passage in which Calvin argues that participation in the Eucharist makes all who partake  participants in the one body of Christ, Calvin explains how the nature of bread shows us that this is so. He explains that just as bread is made of many grains so that one cannot be distinguished from the other, it is the case that the body of Christ (i.e. the church) is joined and bound together so that “no sort of disagreement or division may intrude.” (1415) This has profound implications for local congregations. In fact, Calvin highlights this, saying that we cannot injure, despise, reject, abuse or offend other believers and not do the same to Christ; we cannot love Christ without loving other believers, and we cannot give ourselves to Christ without give ourselves to one another. However, these ecclesiological implications go beyond the local congregation (though Calvin certainly had local concerns in mind), and the call to unity is a call for the universal church to live in a united manner. This is a matter that seems to be understood across the reformation as a whole. Most efforts that were made to encourage unity throughout the magisterial reformation revolved around the Eucharist. For instance, consider Wolfgang Musculus’s writings on the Eucharist. Craig Farmer argues that substance of Musculus’s Eucharistic theology (i.e. the notion of an exhibitive presence) remains relatively stable, but that he was willing to abandon certain controversial terms in making efforts towards finding a middle ground between Wittenberg and Zurich. (Farmer, 310). Similarly, throughout they years Calvin, makes adjustments to his Eucharistic theology in order to promote Eucharistic concord. According to Wim Janse one would not realize this simply by reading the 1559 Institutes. (Janse, 37) In his article “Calvin’s Eucharistic Theology: Three Dogma-Historical Observations” Janse argues that Calvn’s development of his Eucharistic theology goes through Zwinglian, Lutheran, and spiritualizing phases. The source of these changes came from his desire to find consensus. Thus in Calvin’s development of Eucharistic theology we see a series of compromises and conciliatory formulations. (Janse, 40) Not only do we see his goal of church unity through the Eucharist manifested in his theological development, we see in his actions, for instance the signing of the Augsburg Variata and the Consensus Tigurinus, as well as his cultivation of relationship with Melanchthon.

Calvin’s practical theology of the Eucharist extends far beyond typical “practical” concerns. His Eucharistic theology has far reaching implications for how scripture is read, how the gospel is understood, and how the church expresses its unity. Given that these are not the typical concerns of many practical theologians today, those doing practical theology would do well to pay attention to how Calvin’s “theoretical” theology does not lend itself to the tidy separation between theoretical and practical theology.

[1] For instance, see where Calvin says “They cannot show a syllable from Scripture by which to prove that Christ is invisible.” (1398)

One thought on “Practicing Scripture, Christ, and the Church: John Calvin’s Agenda for the Eucharist”