For God there is nothing higher than preaching the gospel, because it is the means to lead people to salvation.[1]

In his ministry John Calvin was in full agreement with Martin Luther’s saying that “the ears alone are the organ of a Christian”. (COP, 37) Calvin believed that the verbal proclamation of God’s word in Scripture, and by extension the hearing of God’s word proclaimed, was God’s primary instrument for Christian growth. For this reason, Calvin and the other pastors in Geneva were devoted to the primacy of preaching. However, Calvin’s ministry of the word extends beyond the verbal proclamation of Scripture in sermons, another important aspect of this ministry consisted of writing commentaries on Scripture. In this brief essay I will show that despite there being differences in style and emphasis, both types of exposition of Scripture serve the same ends for Calvin, namely the ends of bringing about the reformation of the church and the transformation of Christians. 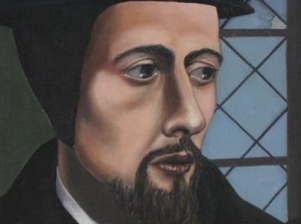 Before we turn to comparing his sermons and commentaries we ought to say a few words about what good preaching to consist of for Calvin. We catch a glimpse of this when he lavishes praise upon Chrysostom’s homiletical method. First, Calvin lauds the fact that Chrysostom gave clear verse by verse expositions of Scripture. Second, Calvin praises Chrysostom for being supremely concerned with the simple sense of Scripture and not twisting the plain meaning of Scripture. Manetsch notes that Calvin believed that what “characterized Chrysostom’s preaching should be shared by all expositors of the Word: to proclaim the simple and natural sense of Scripture in a clear manner to instruct and edify the people of God.” (COP, 158)

Having noted what virtues Calvin believed preaching consists of we can now turn to comparing texts from both genres. The first feature which becomes apparent when putting these two genre’s side by side is his concern to treat the text verse by verse. In his commentaries this is a bit more explicit than in his sermons, however it is not hard to discern the places in his sermons where he begins to treat different verses. A second feature which is shared by these two genres are that they are both expository. In both his sermons and his commentaries Calvin aims to show what the authors of the text intended to communicate. This is often done by providing the literary background to the particular passage (i.e. setting the passage in context of the rest of the book) and explaining important features of the text. That both his commentaries and sermons are expository is seen in his treatment of Matthew 28:1-10. In both works he recounts what happened before and after the women meet Jesus and recounts the main contours of the story. In both works he goes into greater depth regarding important moments on which the narrative turns, i.e. the appearance of the angel and the fact that women are the first witnesses of the risen Christ. In noting these similarities, we see how in both types of writings Calvin displays his preference for verse by verse exposition and his conviction that Scripture ought to allow the text guide proclamation. 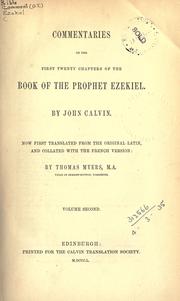 Despite these similarities we ought to point out some important differences between his sermons and commentaries. The first concerns the technical nature of these writings. For instance, Calvin’s commentaries tend to deal with issues of translation more than his sermons. For instance, in his commentary on Matthew 28:1 he devotes half a paragraph to how some translators have incorrectly rendered “the first day of the Sabbaths” as “one”, and explains their fault as being due to their ignorance of the Hebrew. In his commentary on Genesis 22 he finds fault with Jerome’s translation and interpretation of “the Land of Moriah” in verse 2, and again blames it on his ignorance of Hebrew. Discussions about ancient languages are mostly absent from his sermons. A second difference that is apparent is that Calvin treats historical backgrounds in greater depth in his commentaries than in his sermons. Two examples will suffice. The first concerns his treatment of the anointing of the dead by the “heathen nations” when commenting on the women going to anoint the body of Jesus. The second concerns a comparison between “poets” using the Deus ex Machina device in pagan literature and the nature of God’s intervention in providing a ram for Abraham. Discussions about these background features are absent in his sermons. Not only do we see differences in the technical nature of these texts, we also see a difference in how Calvin understands authorial intent. Though both sermons and commentaries focus on making clear the authorial intent, the particular author which is emphasized differs in both of these works. For example throughout his commentary on Genesis one would not be hard pressed to see the phrase “Moses intended” (or something like that) scattered throughout the text.[2] Thus we see that in his commentaries Calvin places a great emphasis on the human writer’s intent. However in his sermons Calvin tends to say phrases like “The Lord has wished to tell us…”, thus emphasizing the divine writer’s intent.[3] One final difference lies in the sort of practical applications Calvin draws out from his exposition of scripture. In his commentaries explicit practical applications are reserved to a sentence or two per section. Reading his commentaries, one gets the impression that Calvin can’t help himself but to make a comment about how to apply the text. It is almost as if he bursts out loud with application. For instance, in commenting on Genesis 22:12 Calvin adds a one-line application, “Now, since God enjoins upon us a continual warfare, we must take care that none desires his release before time.” (Genesis, 570) The fact that this is practical is signaled by the exhortatory nature of the comment and the use of “us.” Yet this theme is expounded upon in detail in his sermon on this chapter of Genesis. Calvin elaborates on what it means for us to be sent into “combat,” what sort of trials we face in combat, and how God equips us for combat. (McKee, 143).

It suffices to say that there are plenty of differences between Calvin’s commentaries and his sermons. His commentaries are far more technical and a lot less application heavy than his sermons. Given these observations we might wonder why Matthew Poole might come to the conclusion that as an interpreter Calvin is overly practical and not critical enough, thus justifying his exclusion from the 1669 Synopsis Criticorum.[4] Certainly his reputation as a “practical” exegete preceded him and led him to being left out. However, is this all there is to this story? I think not. Calvin’s belief that the exposition of Scripture serves the ends of bringing about the reformation of the church and the transformation of Christians is at the root of this undue reputation. This is why Calvin is more concerned with the authorial intent of the text than with what other interpreters are doing with the text. Critical commentators are often quite concerned with what others have to say about the grammar and features of the text, but Calvin is not concerned as much with these features unless they further an understanding of the authorial intent. Calvin also leaks application and theological comments throughout his sermon, thus making it seem as though he isn’t critical enough and too pastoral. However, coming to the conclusion that he is not critical enough because he provides application is a misunderstanding of his conception of scripture. Calvin is driven by an understanding that good exposition involves proclaiming the simple and natural sense of Scripture. Calvin believes that the simple and natural sense often simply is application. Application for Calvin isn’t always different from the authorial intent. This is why he often says things like ‘this is given to us as an example’ or ‘by those words we are taught’. The author intends this text to be applied, thus true exposition involves explaining the application. If Calvin is faulted for being too practical it is because Calvin believed that the text is inherently practical. To do something other than expositing the practical features of the text would be to fail to truly exposit the text.

In this brief essay we have seen how Calvin’s commentaries share some common features with his sermons and that they differ in some important ways. However, Matthew Poole’s comment has helped us to see that the difference between his commentaries and his sermons isn’t as large as some make it out to be. Calvin believed that the goal of preaching was to proclaim the simple and natural sense of Scripture in a clear manner to instruct and edify the people of God. This is also the goal of expositing the text of Scripture in technical works like commentaries precisely because it is the nature of Scripture itself, and the author’s intent, to have scripture be the primary means of “personal spiritual regeneration, the reformation of the church, and the transformation of society according to the righteousness of Christ.” (Manetsch, 146)

[4] In “Calvin’s Exegetical Legacy,” John Thompson has show that Calvin is technically not left out, although Poole does try to leave him out.