As someone who preaches I’m always looking for awesome illustrations that can help the audience better come to grips with tough theological concepts. One of those concepts is the relation between Adam and Christ – or as Paul refers to them in Romans: the First and Last Adam.

Theologically what is going on in Romans 5 is a comparison between two “Adams.” Sin enters the world through the first Adam. Sin is defeated by the last Adam. The first Adam is faithless, the last Adam is faithful. The first Adam is disobedient. The last Adam is righteous. Where this gets tricky is when Paul starts to talk about Adam and Jesus as being the two representatives heads of humanity. Adam was the first human representative: so what is true of him is true of human beings – namely that human beings are guilty of sin before God. But this federal representation is true of Christ as well – what is true of Christ is true of his people: the are holy and righteous. Christ, the second and last Adam delivers the offspring of the first Adam from their sin by his own faithfulness and obedience. This is a wonderful gospel truth… but how do you preach this in a way that is clear and compelling to non-theologians? You do it with a story everyone loves: Star Wars! 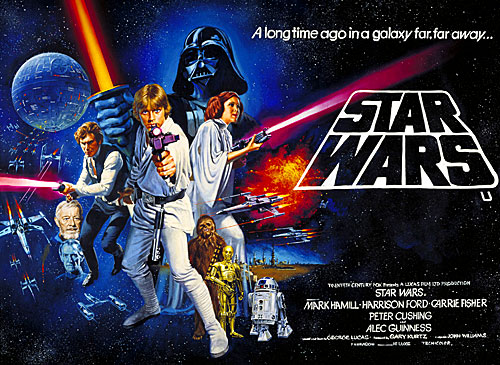 The Tale of Two Skywalkers

Michael Bird gives a wonderful illustration of how to preach the federal headship of Adam and Christ to a modern audience:

In want of a modern analogy, George Luca’s six part saga Star Wars can be called a “Tale of Two Skywalkers”, and in many ways mirrors the Adam-Christ contrast of Romans 5 and 1 Corinthians 15 where Adam and Christ stand for the two respective heads of humanity. They are representatives or types of either a corrupted humanity (Adam) or a redeemed humanity (Christ). The first Skywalker (Anakin Skywalker) faced the temptation to give into the dark side of the force: he gave into it and death, destruction, and chaos followed. In contrast, the second Skywalker (Luke Skywalker) faced the same temptation, but was faithful and obedient to the Jedi vocation, and consequently hope, life, and triumph of good followed. In fact, Luke was able to redeem the first Skywalker, his father Anakin, form evil through his faithfulness. (IP, 43)

One thought on “A Tale of Two Skywalkers”